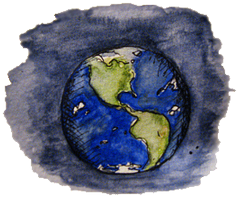 I had been toying with the idea of expanding my website into something larger, more interesting, and hopefully better designed for some time, when around July of last year I began playing around with the Python web framework known as Django. I was immediately struck by the elegance, ease, and simplicity of developing relatively complex applications on top of it, but didn't think I had any serious use for it at the time. I bookmarked the excellent Django book and promptly forgot all about it.

In November, as the academic term was winding down, I came across the bookmark, and was pulled into experimenting with it again. Within a few hours I had written most of the existing site you now see before you, and realized that I could actually use it. I promised myself that I would clean up the code, make a nice layout, and actually launch the site, and I arbitrarily picked the end of January as an upper bound for the launch date. I, again, forgot all about it.

That is why I am today, the last day of January, launching an initial version of this “blog.” I hope to expand it significantly in the near future, especially the reference library, which I envision as becoming something quite useful to me and to others. I have some other nice features in mind, and we'll see how they come along. For now, I'll wait for the DNS to propagate (I have changed servers as well), and head out to an Amazon.com post-holiday party. Hello world.

I am a software developer in Ontario, Canada, sharing interesting pieces of information about technology, programming, and other subjects. More details can be found in my biographic summary.

In addition to the blog, I also have a library of things I've written, along with books and links written by others that I find useful.